Location:  Our dig site is situated in the heart of first century, Herodian, Jerusalem, close to a number of important places in the history of Jerusalem, namely the Praetorium where Jesus was tried before Pontius Pilate, and the House of Caiaphas and the other priestly families in the Upper City of Jerusalem in the first century CE. In the Byzantine period, the area was situated at the southern end of the Cardo Maximus, which was a grand columned street and in its vicinity the Emperor Justinian (mid-6th century) built a very large church. The crest of Mount Zion was a focus for the building of houses in the Early Islamic Period. The Crusaders and the Ayyubids built their fortifications across the crest of the hill, and in the early 13th century, the local Sultan destroyed the gate-tower, which was located in the area of the excavation. 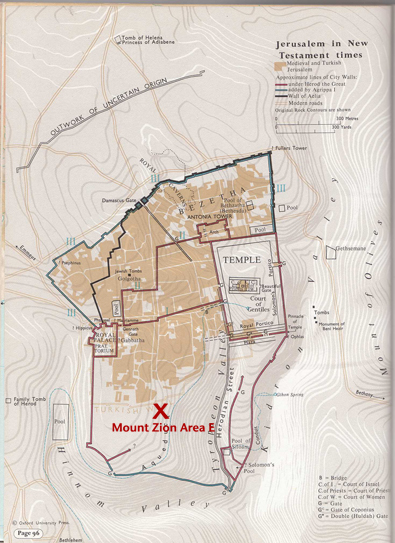